Timucuan Parks Foundation will create a world-class park system that is the crown jewel of Jacksonville.

Timucuan Parks Foundation (TPF) is the 501(c)(3) charity supporting more than 23 wild parks and preserves located in the greater Jacksonville area. We keep these natural and historical environments protected, valued and celebrated. We are all stewards of the Timucuan Parks.

The Northeast Florida community has greatly benefited from true visionaries who have made our city the home of the largest urban park system in America. These extraordinary parks and preserves will be here forever, if a passionate, engaged group of friends cares about the parks, supports the parks, and spends quality time in the parks.

Our origins date back to 1999, when Mayor John Delaney announced the “Preservation Project Jacksonville.” It was one of the most vigorous land acquisition programs ever undertaken in Northeast Florida. Its primary goal was to identify and acquire Duval County’s most vulnerable, environmentally sensitive lands in order to protect and preserve these lands as development began stretching into the rural areas.

Also named “Preservation Project Jacksonville,” our non-profit organization’s role was to be the intermediary between the landowners and the government agencies, as the transaction process could be quite lengthy. This was our primary role from 1999 to approximately 2009, with the end goal of becoming the primary support organization for our parks and park partners. In January 2010, our board recognized our parks now needed an active support group and it was time to move from “acquisition” to “activation.” We changed our name to the “Timucuan Trail Parks Foundation” and our mission to preserve, promote and protect the Timucuan parks through fundraising, marketing and advocacy. In 2015, our name was simplified to “Timucuan Parks Foundation” as we move forward with promoting a stewardship ethic for the parks, supporting our park partners, and telling the story.

We are committed to support our city, state and national parks through raising local and national awareness and in telling the historical story of North Florida. We have only begun to understand and appreciate the richness and immensity of the history of the indigenous people who lived and thrived here thousands of years ago. We are excited and eager to share the secrets and treasures that have been discovered and to uncover those that are waiting to be discovered. We Invite You to Become a Friend of the Parks 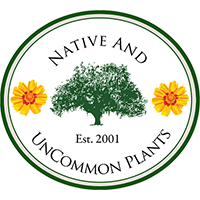 Timucuan Parks Foundation gratefully acknowledges these community groups for their service during 2020 and 2021!

Timucuan Parks Foundation is a 501c3 nonprofit organization.
Donations are tax-deductible. Our EIN is: 59-3614354.