No fees for parking

Located on Batten Island along the St. Johns River, the house was built around 1878 in an area known at that time as Pilot Town, a community inhabited mostly by harbor pilots. By the last quarter of the century, there were others who came here, mostly wealthy northerners, to enjoy the mild climate and stunning coastal scenery. Broward purchased the property in 1897 as a summer residence for the family. His only son, Napoleon Bonaparte Broward, III, and his family moved into it year-round in 1948, along with Broward’s widow, Annie.

The home was listed on the National Register of Historic Places in 1972 and remained in the Broward Family until its sale in 1996 to a couple who rehabilitated it. The home was sold to The Nature Conservancy who later deeded it in 2004 to the National Park Service to be part of Timucuan Ecological and Historic Preserve.

The property is managed by the National Park Service and houses the offices of Timucuan Parks Foundation, the official friends group and charity partner to Timucuan Ecological and Historic Preserve. 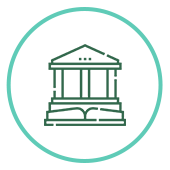